The best thing about windows 10 is probably the option to add extensions and utilities to increase the capabilities of your PC. And the introduction of the windows store has taken this to the next level.

In this post, I have trimmed down the list of the top 5 Free Most Important Extensions for windows 10.

Free Most Important Extensions for windows 10

Having these extensions installed on your PC will enable you to play and edit certain video file formats without any hassle. It will also help the image formats that are sometimes not supported by the default image viewer on Windows 10. Formats like .mpeg, .mpg, .ts, .m2ts, .mkv and .avi can often have problems playing on the media players. Having this extension can resolve that kind of error in media players as well as the video editors. It can also help Microsoft Movies & TV, to play MPEG-1 and MPEG-2 videos.

Codecs included in this extension are: 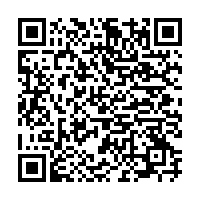 This extension is designed to squeeze out the full potential of the hardware of the PC. This extension has the support for h.265 video codecs which is a new video codec. Normally you won’t find .h265 supported by many media players, that’s when this extension can come to your rescue.

These extensions also let you encode HEVC content on devices that don’t have a hardware-based video encoder. This extension is not free, however, for $0.99, it’s quite cheap and a value for money tool that you must have on your PC.

If you are not willing to pay, you can get it for free from their site. According to whether your PC is 32 bit or 64 bit. You won’t have any problem with playing or editing .h265 videos after this. Coming to the image extensions, the first in the list comes RAW Image Extension. As you know RAW image format is used in digital cameras and has its own advantage over other image extensions.

Having this extension can help you open the RAW images easily on various photo viewers. You won’t have problems opening the images in any photo editing software on Windows 10. 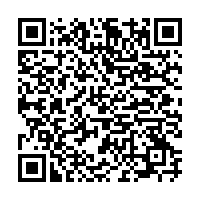 If you are into photography, you might have heard about the HEIF extensions. The High Efficiency Image File can have really high-quality images in less size.

That’s why many photographers use it when they are short of size on their SD cards. However, trouble begins when many photo viewers don’t support this format.

This extension can enable the support for both HEIF and HEIC formats and can come really handy on many occasions. If you have some work related to images, this extension is a must-have for you. Webp is another modern image extension with the capabilities of storing rich quality images with smaller sizes compared to .jpg and .png on the web.

Developed by Google, this extension is on the rise for the last few years. Most websites have started adapting this extension, so, chances are, when you download an image from the website it won’t be supported by your image viewers.

Will Chrome extensions work on edge?

Yes, you can install Chrome Web Store extensions on the Chromium version of Microsoft Edge on Windows 10.

What are the best Microsoft edge extensions?

There are some Most Important Extensions For Windows 10. LastPass, Grammarly, Honey, and OneNote/Evernote are some of the best Microsoft Edge extensions that you can find.

Does Windows 10 have Microsoft store?

Even though the  Microsoft Store doesn’t have as many apps as the other app stores like the google play store or the Apple app store, I must say it has some Best Free Most Important Extensions for windows 10 on Microsoft Store.

Also, finding these apps in the store and installing them was much easier than finding them on google and then using a setup program to install them.

I hope you like my article regarding Free Most Important Extensions for windows 10. If you have any doubts or queries feel free to drop a comment in the comment section

A Staff writer at Technical Jayendra and tech-enthusiast, programmer
Articles: 46

Check Your Windows 10 Is Genuine Or Not