With the normalization of music streaming platforms, many people have abandoned MP3s. However, there are still many people who like to store their music in MP3 and other formats because of various reasons. You can play that music on any device, don’t have to worry about internet availability and make your own playlists.

Today’s post is dedicated to all these people: the best and most useful music players to listen to our favorite albums without having to be connected to the Internet, with equalizers and all kinds of adjustments so that the sound flows crystal clear. Let’s check out each one of them. 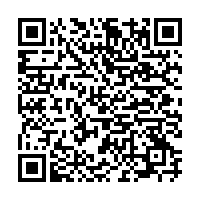 AIMP has been in the segment for a long time and has been loved by music enthusiasts everywhere. This free music player allows you to organize all your songs, even if they are in different formats and locations. It provides a wide spectrum of formats support and also integrates an audio file converter and the possibility of editing the ID3 tags of our audios.

AIMP has a different, modern look in its interface. You can customize its theme as well. It can also be used to stream music from internet radio stations that other apps on the list lack. You can play around with your music’s pitch, speed, and tempo. I love how this app gives your more control over the music and not just organization. 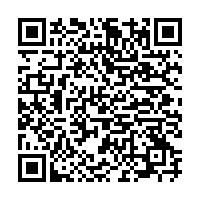 Groove Music is a music player that is built into Windows 10. It looks very modern and minimalist and matches your windows 10 theme. It also allows us to create playlists to organize our music in the way we see fit. A great feature of Groove is that it can play the music that we have stored in OneDrive. This is an intermediate step between having our music locally and in the cloud at the same time.

It’s not a very advanced application but I did find an equalizer within this. The rest are simple to display settings that don’t add much to the user. However, its lightness and speed are the main highlights. Overall, I think it’s a good option for basic users and for someone who doesn’t want to install extra applications.

PotPlayer is based on a popular media player called KMPlayer and is made by the same team. It is a free media player which can play both video and audio from all the popular formats. It has been optimized to run smoothly even in very low spec PCs. It offers customizability features like adding skins if you don’t like its default dark interface.

Despite having such a minimal and clean look, PotPlayer offers all the things you might need for enjoying your favorite music. It is fast, light, and runs smoother than other apps on the list, mostly because of its small size. It can also be used as a screen recorder and for basic video edits. Overall, a great app for music and I believe developers will expand its features as it becomes more popular.

Best known for its use as a video player, VLC is undoubtedly one of the best free music players also available in Windows 10. It is the most popular for all types of content, it is versatile for anything you need to see or hear. It also has a free mode to play streaming music from a local network or the Internet. This program has great compatibility with most formats, so the installation of codecs is not required to play your favorite songs.

It can be personalized, due to the number of skins that you can give it the personal touch and not only offers customization at the design level but also, its controls can be customized. However, it does not allow you to create playlists. So, it is ideal if you are one of those users who sort their entire library by folders and who usually launch their music from the file explorer.

Which is the best music player for Windows 10?

AIMP is the best music player for Windows 10.

What is the best free media player for Windows 10?

VLC is the best free media player for Windows 10.

How do I find all my music files on Windows 10?

In the “This PC” on your computer, go to the search option (It will be located on the top right on the windows) and type ‘Kind:music’ and this will list all the music files in your Windows 10.

How To Show Hidden Files In Windows 10