Editing photos is a basic need in this era where people love to show off their photos or editing skills. Also, people are earning out of it so there are no issues with trying to learn to edit photos. But, there has always been an issue for beginners where they are not able to find a good photo editor, to begin with.

So, in this article, I will be listing the 5 Best Free Photo Editing Apps On Microsoft Store, which you can use to learn or you can also perform just the basic edits which are good enough. 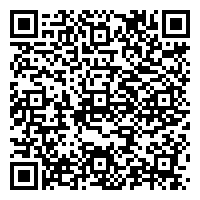 You must have heard about this editor which has a great audience in the smartphone market and eventually it is quite good for the desktop also. It has hundreds of filters and effects to improve any photo of yours, and other functions such as cropping, drawing, removing the background, adding frames, text, emoticons, and so on. Besides, you can also edit the photo by layers which is just amazing.

Another, one of the most interesting features of this editor is that it has a collage tool so that users can merge their favourite photos into a grid. Also, the features like the insertion of stickers and overlays in the photo come with a vast range of options to choose from. 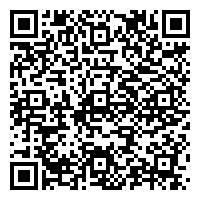 Although Photoshop has been one of the best-known photo editing software in the world for several decades now, the reality is that its use is usually restricted to the professional or advanced field. To help and open up to the naïve or basic usage for users, Adobe has launched Photoshop Express, a free application that offers the essential functionalities, but more than enough for educational use or one step behind the full Photoshop.

All the effects or tools available are quite basic, such as bokeh effect, filters, etc. every feature available is fundamental, and it is complete software if you are looking for a good photo editor with minimal complexities.

Fotor is an image editing platform widely used online and as an app on several platforms. It allows you to edit photos for free and make simple modifications to photos, although its great strength is the ability to apply filters or create collages.

You can totally notice that all the toggles or extensions are perfectly organized which is a great thing for the user. Also, the UI is pretty modern and easy to use. The one-tap enhancement-mode allows the user to get an AI-edited photo which basically adjusts all the aspects of the photo to make it way better than it was earlier. It is slightly on the professional side of the editor, which is good enough but surely it is not for such users who are unaware of the basic functionalities of an editor. It also allows the creation of colleges and GIFs which can be exported in multiple formats, including RAW. It has some of the best features such as colour grading, filters, resizing, and so on. You surely have used this software but mostly as a photo viewer, not as an editor. Most of the users don’t even know that photos can be edited in MS Photos which is quite obvious because most of the users search for a complete editor whereas this can be called a basic or a low-level photo editor.

But, it gets the job done when it comes to resizing, sharpening and other basic alterations like inserting images, 3D images and so on. But, the filters are quite good and you can also adjust the intensity of it which is pretty good for an in-built windows photo editor.

How do I use Microsoft Photo Editor?

All you have to do is open a photo in the Microsoft photo viewer and look for the option to edit the photo in the top section and now you can edit photos in the MS Photo Editor. Also, make sure it is a basic editor tool, so don’t expect much from it.

What is the best free photo editor for PC?

I would say PhotoScape X because users can edit photos on a basic level and also begin with this software to pursue editing as a career. Basically, it is a complete editor which can be complex if you are naïve completely or it can be great for you if you are willing to learn the basic terms and toggles to edit photos like a professional.

Yes, it is completely free even, it is pre-installed in the system which is good enough.

Above were the 5 Best Free Photo Editing Apps On Microsoft Store which can be used to edit photos on a basic level or you can use some of the software to begin your learning journey to edit photos like a pro.

Hence, if you liked this post or found it to be useful then, do share it with all your friends and family who would like this.

9 Free Useful Apps For Windows 10 From The Microsoft Store