Live streaming apps continue to grow in popularity, in part thanks to how accessible it is. If you have an Android mobile, you can broadcast live to your followers, whether you’re cooking, playing games, or just happily chatting to yourself.

Live broadcasts on social media apps are great because you can engage with your followers and build an audience. Or you can just play with friends and family. So in this article, I will tell you about the Best Free Live Streaming Apps for Android that you can use for free.

Instead of targeting the regular streamers, Twitch has been known to be a platform for gaming streamers and daily life streamers. Twitch has become a subsidiary of Amazon and since then it has seen a steep climb in the number of daily viewers. People love twitch for its huge number of streamers and the presence of celebrities.

Twitch is a really good platform if you want to go live to game or chat with people. With daily active users touching 10 million, Twitch is a promising platform for anyone new in the streaming field. It will help you build a community and also people can donate you real money. They can subscribe and your videos will be there after you have finished streaming.

YouTube has had the live feature for so long, but they have been low-key about it. Most people won’t even have noticed this because it is not really on the home page. As most people are already on youtube, so it doesn’t make you install other apps and learn how to use them. The best thing is that it has a separate gaming section called Youtube Gaming which is dedicated to gamers only. But here are some requirements you have to meet before you can go live on youtube.

You also have the option to add automatic captions in real-time (English only) to include the hearing impaired or those who watch the stream without audio.

Facebook took longer than expected to activate this feature, but it finally did. If you already have a good number of followers on Facebook, it makes sense to go live there. To start streaming on Facebook, you have to choose ‘Post New’ and then choose the option ‘Go Live’. The process is easy and it will notify all your followers that you are live. In addition to personal profiles, you can also use Facebook Live for Groups and events, so you can selectively broadcast to people of particular groups only.

There is another application called Facebook Gaming which is dedicated to game streamers. It seeks to facilitate gamers and will be able to stream all kinds of games the players want to play and broadcast. You can steam your games, interact with people, and post the videos of your live sessions after you are done. 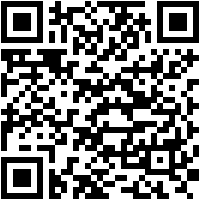 Stream Labs has been the most popular tool to stream among the mobile gamers community. In the beginning, it was exclusive for PCs only, but the new mobile version has met all the expectations you will have from a streaming application. You can customize your stream with layouts, stickers, and many other customizations. The app is simple and you won’t find any difficulties using it.

The UI is simple, clean and the best thing about this is that it doesn’t require a fast internet to stream. You can stream to multiple platforms including Facebook, Twitch, and Facebook at the same time. The app is well optimized and can work at slow internet speeds as well. Without a doubt, one of the most complete apps for live streaming. 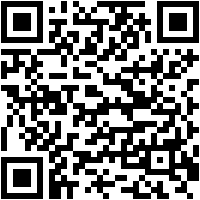 Omlet Arcade is a known name in the mobile gaming industry. Started with limited games, Omlet Arcade has been used by many popular Mobile Gamers. You can chat with people, group voice chats, share your streams to other social media, and many more. You can broadcast your games to Twitch, Youtube, Facebook, or Omlet’s platform itself.

Similar to StreamLabs, but packed with a lot of extra features, Omlet Arcade brings a lot to the table. You can stream games, live chat, group voice chats with friends, set stream delay, and much more. A lot of professional gamers have been using this recently so if you are looking to join a community, this is the one for you. 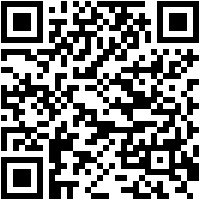 Turnip is a streaming app that is exclusive to Android. Similar to Omlet Arcade, you can stream your games to Facebook, YouTube, and Twitch.  There is also an option to go live directly to the Turnip app. Here, you can meet many players and viewers, interact with them and post the highlights of your streams. Turnip comes with many new features like customizable layouts and streaming quality.

It has a clean and simple UI which makes it much easier to use even for the newbies. The best thing about Turnip is the customization of the stream with overlays, smart titles, live cameras, and more. It even works on weak internet connections which is the best thing about this. You can choose the streaming quality as well and voice chat with your friends in the audio rooms.

If you want to stream your games using your phone then this app can make your job much easier. It is a screen recorder, as the name suggests, but it comes with a live streaming feature that can broadcast your games to platforms like Twitch, Facebook, Youtube, and more. Similar to Omlet Arcade, this app comes with a lot of inbuilt features.

You can record your screen, edit videos, add music, make GIFs, record internal sound, stream with facecam, and much more. You can record up to 1080p, 12Mbps, and 60FPS videos using it. But, It has ads, which you can eliminate by buying its subscription. Overall, this app is an all-rounder and will prove to be an asset if you are live streaming using your android phone. Now, this app is a little different from all the apps mentioned above. GoStream comes with a unique feature to broadcast any video from your android device as a live stream. You can set a schedule for your live streams and customize the functions. It can have a watermark on your videos while streaming which you can get rid of it after watching a short ad. Else, you can buy its paid version.

This app supports streaming to popular platforms like Youtube, Facebook, Twitter, Shopee, etc and you can stream your videos to multiple platforms at the same time. There is also a section of mini-games that you can play and stream live. I found its interface to be simple and configurations were easy to use. Overall, I think if your needs are more than just streaming live, then GoStream is the app for you.

Which app is best for live streaming?

Twitch is the best platform for live streaming right now.

How do I stream live video on Android?

You can install any of the best live streaming apps and there you will have the option to go live using your android device.

How to live stream on YouTube with an Android phone?

On your Youtube app on Android, You can see the bottom center button ‘+’, after clicking on that, you will see the option ‘Go Live’ with which you can live stream using your Android phone.