The world of mobile video games continues to grow year after year, both at a graphic level and at the level of gameplay. So, today I have compiled a list of the 9 Best Free Android Games On the Play Store that you can play and enjoy at your leisure.

All these games are free to play and have no ads or very few ads. As they are personally tested by myself, you can be assured that they are certainly worth trying. So, without further ado, let’s get straight to it. So, the first one on the list is Cookies must die. The storyline is fun, as is often the case with Rebel Twins, and centers on a cookie factory whose AI goes haywire after the building is struck by lightning, so the factory starts pumping armed killer cookies up the teeth instead of the delicacies for which it was designed. You play as a special government agent trained to handle these kinds of interesting situations.

And you do it all by throwing yourself and unloading all kinds of cool weapons against evil cookie fans. It’s as cool as it sounds! The game is really fun and will make you glued to it for hours. If that sounds interesting, you can directly install the game from the link above and start killing some mutant cookies!

Sky Force Reloaded (SFR) is definitely one of my favorite plane shooter games on the market. It’s a great combination between the classic retro shooter and modern progression systems and lots of grinds. You will be flying a fighter plane and your mission is to save your people and kill the enemies, dodging their firearms. Along with SFR With half a dozen more levels and an additional Nightmare difficulty level, there are a variety of new ships to unlock, technicians offering various power-ups, and new enemies to challenge you.

The controls are great, regardless of whether you’re just using a keyboard or a controller (no mouse required). There are a lot of fun and powerful updates, and all the levels feel different enough, so far. There’s a weekly tournament, leaderboards, and definitely enough overall content to be worth the asking price. If you are looking for an addictive game with simple gameplay, then your search is going to end here. Swing loops – grapple hook race is one of the games where you won’t find it difficult looking at it but will get hooked to it for hours without realizing. In this game, you are going to get a loop and your job is to run, avoid obstacles, and collect coins.

You will also get your competitors and the first one to reach the final line, collecting more points along the way is the winner. The swing physics is what got me hooked. And the overall game is just what I needed for entertainment. I find it a lot of fun especially the park or mixed with the swinging it reminds me of a Spiderman game. Sometimes, a game can unexpectedly hook you. This happened to me this week when I downloaded Bullet Boy, a simple game about a human cannonball blasting through a beautiful floating world. Bullet Boy’s mechanics are so simple they’re almost laughable. Players tap to launch the boy from a cannon which will hopefully land him in another cannon. However, this one-tap gameplay quickly becomes difficult when you miss it.

Some cannons spin, meaning you have to time your taps to reach the next cannon until you reach the end. There are also obstacles like birds that flap by and tornado  — hit them, and Bullet Boy falls from the sky. The game also hides special chests containing pieces of mysterious statues you can collect. Completing levels earns you coins, which you can then put towards power-ups throughout the game. The next game we have on the list is Cats are liquid. Sure you have heard about Super Mario and Contra, right? This game is based on the same physics, but with some added fun to it. To tell you the basics of the story, a cat is having a fun time with their friends, and then something glitches, and all her friends get lost. The story can be interpreted as such and she’s now in a liquid form, making her way back to the destination, where she can meet friends.

Here, your character will be of a cat, but in a liquid form. This means that you can pass through incredibly small places, just over obstacles, and save your cat from hitting the spikes. Hitting the spikes will kill your cat and you will get 3 lives in the game. You will also get several opportunities to collect points while on the run. 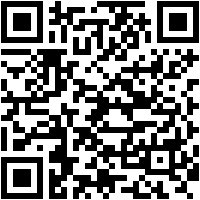 If you are looking for a fun and chill game to lighten up your mood, and relax, then you must try your hands on the new Orbia: Tap and Relax. This arcade game is all about keeping things cool and enjoying a relaxing experience throughout. The gameplay is simple. You have to tap anywhere on the screen and hop on to the next circle, which is always surrounded by moving monsters you need to keep avoiding.

You have to keep dashing on to the new circles, sometimes with power-ups inside, to finish a level in a zigzag path while earning points in a strange new world. The game is certainly for someone who is looking to relax and calm down after a frustrating day. So I’d suggest you wear headphones because the game has meditation music which is quite relaxing.

Smash Hit! Why do I ask you to play when you are angry? Well, because this really is a stress buster. You will have different balls and you will throw them at mirror prisms, to break them. To win it, you to hit maximum prisms, which will also earn you new balls to hit with. Missing the prisms will make you lose the game. Sounds very simple, but you will only understand the fun when you try your hands on this thing.

I’d suggest you use headphones or earphones while playing this game too because it has some really good audio work. Overall, I loved the game and its graphics, and you must try this one for sure. 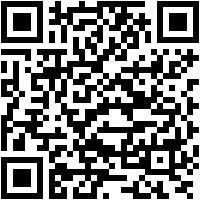 There’s something uniquely enjoyable about a good puzzle game. It can be simple and complicated at the same time. And Mekorama doesn’t disappoint you with such expectations. In this game, you will have a robot and a house maze, and you have to help escape the robot through that maze.

The game so many different levels and is certainly going to activate your brain cells. The more you play it the more you are going to get hooked. Being so light, the game has surprisingly good graphics. I like the details of the house mazes and the way the robot moves through them. Certainly, the designers have done quite an impressive job here. 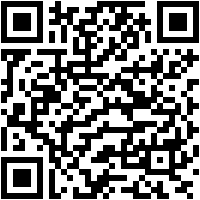 If you have played Shadow Fight games on consoles, you know how amazing the gameplays they have. Now, the iconic 2D game is on android as well but now is 3D and with really good graphics. Shadow Fight Arena is a game that can hook you up for hours. One might say the biggest newly added feature in shadow fight Arena is the real-time online PVP battles.

However, Shadow Fight Arena does provide new badass combos and classic animations that make it similar to console graphics. Like the same iconic gameplay, you have to select your character and fight your opponent, the last man standing is the winner. The game has a lot of different moves and many characters with their own unique abilities, strengths, and weaknesses. It is one of the best free games available on Playstore.

Which Android game is best in the world?

I think Fortnite is the best android game in the world right now.

What are the best free games for Android?

Some free games you can try are Call of duty, Shadow Fight Area, Pokemon Go, and Asphalt 9.

Why do some Android games not work?

Some games might not be working on your device because the game might have better specification requirements than your phone has.