When you think of PC games, you probably wonder about games from Steam or Epic Games. But, did you know the Microsoft Store has just as amazing collection of games as the other ones? Sometimes, even better because most games you can find here are free. So, if you are looking for new games then this article can be really helpful to you.

I have compiled a list of 11 of the most Amazing & Best Free Games On Microsoft Store. These won’t even have any ads in them so you can always play without any interruption. All these games are tested by me and I bet you won’t regret installing them. Rage Of Car Force is a multiplayer online game that can keep you hooked up for many hours without you noticing.  You will be playing against real players from all around the world. The gameplay seems simple, you have a car and you have an arsenal. You have to keep your car moving and shoot the cars. Well, there’s more because you can ram over them, smash cars, blast them with your missiles, and more.

The graphics seem fairly basic but good enough to play. I like the sound work done in this game, won’t make you feel like you are playing a free lightweight game. You can upgrade to a lot of new weapons as you progress to new levels and earn points. The game is just 350MB which seems really light because of its standards. 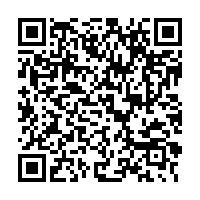 Modern Combat Versus is an arena-based game that is based on a futuristic environment where you have to fight and kill your enemies for survival. If you’re a fan of Modern Combat games then this game is going to blow your minds. The simple yet amazing gameplay makes this game so much attractive, especially for the new gamers. You will be in a 4 man squad and you can choose your character.

I loved the virtual line which shows the direction in which your teammates are at the moment, this will ensure you never lose your team. Players can shoot by aiming at the enemies and in the end, the last man standing will be the winner.  Being a first-person shooter game, I can say this is one of the best FPS games I have ever tried. The size of the game is a little bigger, around 3.5GB. But overall, this game is one of my favorites on the list. If you’re tired of playing racing games like NFS then Space Racing 3D can interest you. Based on the futuristic world, where the human race has expanded into space. You have flying cars which are superfast and can make you feel like wind. You will be competing against fast drivers and your goal is to reach the final line before everyone else.

In the race, you can smash other cars and grab the powerups to turbocharge your aircraft. The controls are smooth and the graphics are sharp. You can race in so many different maps and every time it will feel different. With just a size of under 50MB, the game has really good graphics and sounds. Overall, I think if you are into racing games, you will love playing this game for hours. 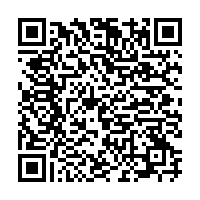 If you are a fan of RPGs like me this will be another treat for you. Iron Blade is based on the medieval period of Europe complete with demons and castles. You will be a knight and your missions will include killing the evil forces and protecting your kingdom. You can upgrade your gear umpteen times, by collecting golds and resources.

The area involves a battleground for fights where players can move around and attract their enemies. The players will have many different sorts of special abilities and strengths, and all you have to do is complete all the missions and accomplish the levels. The Graphics seemed par according to RPG standards, but I won’t complain because the game is lightweight, around 1.5GB. If you are someone who loves adventure games then you are going to love playing this one. Warplanes: WW2 Dogfight is an air-combat game with action mixed in to pump up your adrenaline. As you can guess from the title itself, the game is based on world war II where you will play as either British, Nazi Germany, or Soviet and take part in the action happening in the sky. There will be a lot of missions to accomplish ranging from battling thousands of feet above the ground to defending your base.

The gameplay is simple and so are the flight controls. The UI of the game is easy to understand and in no time you’ll feel like a professional pilot in the war. The graphics, again, seem very decent. I love the details like reflections of sunshine on the place. The gameplay can seem a bit repetitive because it all revolves around bombing and killing your enemies. However, it can be a good game for short bursts and you’ll spend hours on this game. The game is around 380MB and is worth trying. 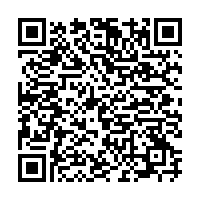 Eternium is another RPG game where you’ll be running some trials, upgrading your skills, and doing dailies. The story mode is really fun to play. You’ll be battling against giants and all kinds of demons. killing them and leveling up is your motto in the game. You will get gold and boosters which you help upgrade your character and his armors.

You will be using your keyboard and mouse and it is easier to target enemies with the mouse as it is much faster and precise. The gameplay seems very enjoyable on PC. The graphics are good and I can say the developers have given importance to the detailing in the game.  The game is lightweight for about 600MB but the system requirements are low so you can even play it on low-spec systems. Everyone knows about Legos, we grew up watching them. And this game won’t disappoint you with feelings of nostalgia. LEGO Legacy: Heroes Unboxed has a very simple storyline. The lego world is basically falling apart and you have the mission to protect it. As the game progresses you will be building your town and keep fighting the evil force. You start with Haker mini characters and as the game progresses you will earn figure tiles which will help you build your own figures.

While the gameplay is simple, the Lego Legacy will keep you engaged in its interesting battles and 3D graphics. Talking about graphics, I found it decent enough to enjoy. The game is 1.55GB. The battle system can become a bit repetitive sometimes, but the mini figures keep you entertained every time. Ultimately, Lego Legacy: Heroes Unboxed is worth trying and you will enjoy each minute of playing this addictive game. Robot Shadow Fight is another action game where you have to build your own transformer and take part in epic battles. The more you win, the more you will get points and the better you can upgrade your transformers and make them stronger. I found the game really engaging and can keep you hooked up for hours.

The gameplay is fairly simple. You will have an enemy and you have to fight it till it dies. You can see its health on the top of the screen. And, if your health runs out first, you die. The game is fairly light, about 50MB only, and has average graphics. As the game is 2D, you will find it similar to many games like Street Fighters or Mortal Kombat. Overall, I feel it’s a good game if you’re looking for a lightweight fighting game with decent gameplay. 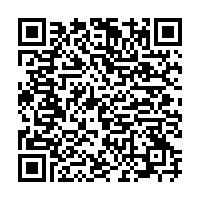 After trying out all the silly little games I have played, I came across Crossy Road. Your goals are simple, you have to hop across obstacles dodging them and reaching to the next footpath and it keeps on hopping. The game is endless and it keeps on getting more difficult as the game progresses. The basic hurdles can include cars, trains, logs, and other stuff, you will keep exploring new things as the game progresses.

The graphics seem to be decent for a lightweight game for about 45MB. The game sounds are quirky and the characters are cute. There are in-app purchases as well which pop up every time you die. I may not want to play it every day, but this game has certainly earned a spot in my game collection for its simple and casual gameplay. It’s really a good time killer game and can help you with your boredom. Hovercraft: Takedown is another action game that has been a stressbuster for me. You’ll swoosh through the traffic, kill the rival driver with your advanced arsenal, and keep progressing. Sure, it can become a little repetitive but they never seem to bore me. You can build your own hovercraft and upgrade your armor with the points you’ll be collecting. You can play it offline as well as online with your friends in multiplayer survival mode.

And the graphics, they never spark into life. All you will see are blocks and I don’t really like that. Apart from that, the gameplay seems good and interesting. As I said, this really works as a stressbuster for me.  You’ll uncover a lot of new things and each time you will be wanting more. With only 95MB in size, it’s a decent game to try. Roblox is a bit different from all the games I have mentioned above. In fact, it’s not even a game, it is a platform that lets you create games and play games created by others as well. You can join the club and explore millions of worlds created by other players and be a part of this global community. There are games for free as well as paid. So, if you’re wanting to explore new stuff, Roblox will be worth your time.

It has cross-platform support which means you can play with your friends from computers, mobile devices, Xbox One, or VR headsets. And literally, anyone can make games on Roblox! The graphics on the games are decent enough and the size of the game is about 200MB.

Yes, you can download games from the Microsoft store.

What are the best free games on the Microsoft store?

Rage Of Car Force, Modern Combat Versus, and Space Racing 3D are some of the best games available on the Microsoft Store.

How do I install Microsoft games on Windows 10?

You can simply open the Microsoft Store on Windows 10 and search for the game you want to install. Now you have to click on ‘Get’ on the game’s page and it will start downloading the game for you.

5 Best Ways To Protect Windows From Ransomware (Like Pros)

8 Ways To Fix All Driver Problems In Windows (FREE)

4 Ways To Remove All Bloatware From Windows (Faster)